What is referred to as the Landers-Adams-Bodensteiner House (known to locals as the Bodensteiner House) is the home of the Winneshiek County Heritage Center of the Winneshiek County Historical Society.  This 4,050 sq. ft. , 14 room house is located at the corner of West Broadway and South Mill Street  in Decorah, Iowa.  This Greek Revival style house was built in 1860 with an addition built in 1871.  It is one of the few structures left in the area built before the Civil War.  The house is historically significant to Winneshiek County  because it speaks to a time when the Yankee-English community was moving west after the Revolutionary War.  The Yankees and English were the first settlers of Decorah.

This house was built by Frederick and Sarah Landers and passed down to their daughter Winnie.  Winnie married Burton Adams, co-founder of the Adams Seed Company in Decorah.  Winnie and Burton’s daughter Helen married Leonard (L.J.) Bodensteiner  and that family then moved into the home.  The Bodensteiners had two sons, Joe and John, who grew up in the house but their occupations as physicians and surgeons took them away from Decorah and the family home.  It was Joe and Emily Bodensteiner who gifted the home to the Winneshiek County Historical Society to provide a home for the Winneshiek County Heritage Center.

A great deal of work has already been done on the home, both inside and outside, to preserve the house and create a pleasant reception/office space.  Of course there is more to be done.  At the present time WCHS is in the process of fundraising to replace the roof and repair the deteriorating fascia/soffit/cornice to prevent the bats and squirrels from continuing to invade the attic space.  Volunteers are writing grant proposals and we have already received several significant donations.  However, the price tag for this work is $31,000 and more help is needed to get the work done this summer.  Bids have been received from local contractors and they are ready to start work.  WCHS sincerely appreciates any monetary help that can be contributed for this project.

If you would like to help with the restoration process, your contribution can be directed to the Winneshiek County Historical Society at Box 63, Decorah, IA 52101. Questions? Please call the WCHS at 563-382-4166. And keep watching for more restoration work as it unfolds! 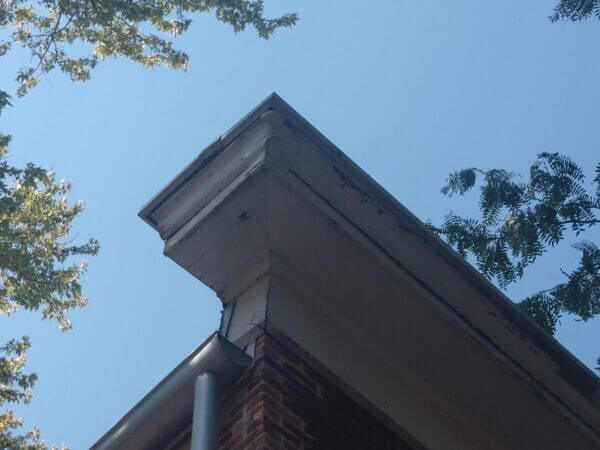 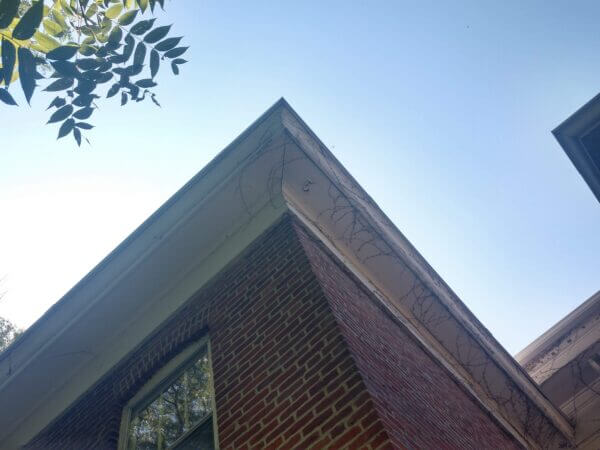